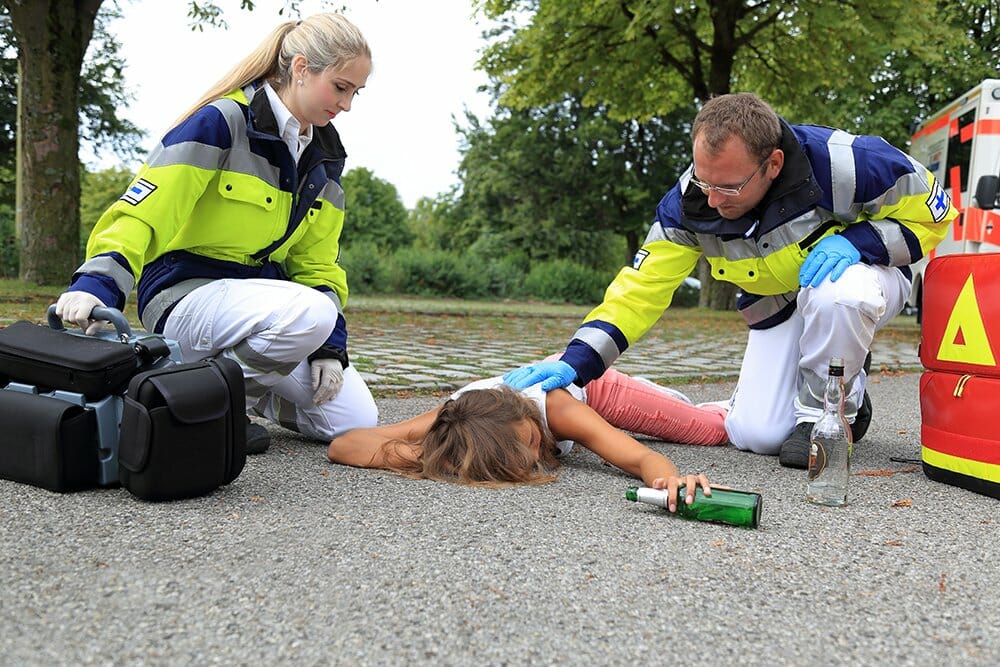 Alcohol is the most widely used recreational drug all over the world. Because it’s socially accepted and readily available, people often don’t realize exactly how dangerous it really is. However, according to the National Institute on Alcohol Abuse and Alcoholism, “an estimated 88,0005 people (approximately 62,000 men and 26,000 women) die from alcohol-related causes annually, making alcohol the third leading preventable cause of death in the United States.”

When it comes to alcohol, the most dangerous form of consumption is known as binge drinking. It can have serious mental and physical effects which can result in long-term consequences. While everyone is harmed by binge drinking, in particular, teenagers can be severely damaged by this practice.

What is Binge Drinking?

Binge drinking is defined as drinking an excessive amount of alcohol over a short period of time. It results in heavy intoxication that comes on suddenly. Binge drinkers can suffer a severe and potentially fatal reaction to alcohol overdose, known as alcohol poisoning. It can cause someone to pass out, feel sick and vomit. For a group of teenagers, this may have become a norm – seeing friends who pass out or vomit due to drinking. However, this is a serious matter and should not be taken lightly. Individuals need to understand the dangers of binge drinking and what steps to take if someone experiences alcohol poisoning.

How Can Teenagers Be Harmed By Binge Drinking?

Drinking a large amount of alcohol often can damage your body, social life, and relationships. If someone is drinking alcohol at a very young age, the health risk is even more serious. Because teenager’s bodies and brains are still developing, they can be harmed by binge drinking even more than adults. A teenager’s brain won’t be fully developed until around age 25. Thus, not only can their developing brain be hurt more by episodes of binge drinking, but they also are unfortunately more susceptible to binge drinking in the first place due to the fact that the decision-making part of their brain hasn’t been fully developed yet.

Some of the most significant dangers that a teen faces when binge drinking are:

How Can First Aid Help In Cases of Binge Drinking?

First Aid knowledge is invaluable for both teens and adults. It will enable you to assist people in the event of a binge-drinking episode, especially if it becomes an emergency. Becoming first aid certified not only benefits you directly but it can extend to your colleagues, family, friends, and even bystanders. If an emergency occurs, being without any training can make you feel helpless, and it can lead to tragic results that could have potentially been avoided. It is very important for as many people as possible to have at least a basic knowledge of first aid in order to arm them to assist in the event of an emergency.

American CPR Care Association (ACCA) offers first aid certification classes that can be taken 100% online. Thus, in the event of an emergency that involves binge drinking, you can be prepared to assist. For more information on the classes we offer or to sign up for your first aid certification course, visit our website or call us at 1-888-808-9109 or send us an email to [email protected].

This entry was posted in Alcohol Addiction Drug Abuse. and tagged Bookmark the Permalink .

Advantages of Knowing CPR and How to Get CPR Certified